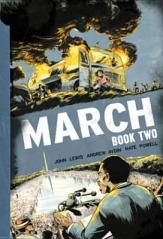 Hi Everyone! This is Veronica with a mini-episode to announce the next three books for The English Chronicles.

First, in October we’ll take some inspiration from the Halloween spirit and read Severance by Ling Ma. Severance is a modern take on the zombie story, and the plot bears an eerie resemblance to recent events. A new fungus emerges from the manufacturing district in Shenzhen, China, and, thanks to outsourcing of labor, it spreads through shipments of goods throughout the world. The fungus causes a reaction that is called the Shen Fever. While symptoms are, at first, similar to those of the common cold, in a few weeks the infected begin repeating meaningless routines in a zombie-like state. Twenty-six-year-old Candace Chen is our narrator, and the book follows her life in New York, starting with her time as a coordinator in the Bibles division of a book production firm all the way until she’s forced to leave and team up with a group of eight other individuals in a post-apocalyptic journey to a safe haven they call the “Facility.” The book is a fantastic examination of the way we turn to work and routines to fill our lives and how they fail to do just that. The truth is that we don’t need to be fevered to lead a zombie-like existence.

In November, we’ll read the first two books in a three-part series. March is Representative John Lewis’s graphic memoir of his participation in the civil rights movement of the 1960s. Shifting perspective between that time and the date of Barack Obama’s presidential inauguration, the series offers a look at the violence and injustices Black Americans suffered simply for the fact of their skin color. Stark black and white drawings accompany Lewis’s words, and offer the images of citizens being drenched with fire hoses, attacked by mobs, and beaten by police officers, all because they demanded to have the same rights afforded to others in the country. Lewis was one of the original Freedom Riders who tested the Supreme Court ruling that segregation on buses was unconstitutional, was an organizer and speaker at the 1963 March on Washington for Jobs and Freedom, at which Dr. Martin Luther King, Jr., delivered his famous “I Have a Dream” speech, and marched across the Edmund Pettus Bridge in Selma, Alabama, to fight for voting rights. That day would become known as “Bloody Sunday.” Lewis served as a Representative in Congress for the state of Georgia from 1987 until his death in 2020. The series provides a stirring look at the effort to ensure all Americans are granted equal rights, and chronicles an important part of this country’s history.

Finally, in December, we’ll read Charlie Jane Anders’s All the Birds in the Sky. A mixture of both science fiction and fantasy, this novel looks at the classic battle between science and magic and follows two young people as they grow up and become absorbed by their two different worlds. When Patricia is a girl, she discovers that she can talk to birds. She is a witch and is plagued by the need to answer “the Endless Question.” Laurence, on the other hand, hates his parents’ suggestions that he spend more time in nature, preferring instead to work on his machine that allows the user to jump forward two seconds in time. Years later, the two bond over the feeling that their families will never understand them, and they become friends. All of that is put in jeopardy when a member of the Nameless Order of Assassins finds them, infiltrates their school under the guise of being a counselor, and reveals a dastardly act that must be done. Anders’s writing style is particularly enjoyable, as she creates memorable characters, portrays the grim reality of adulthood that awaits most children, and does it all with moments of great humor. I hope this will be a light-hearted way to bring the year to a close.Don’t forget that by subscribing through Patreon, you’ll also get access to three more story and screen pairings. Next week, we’ll continue with Ray Bradbury’s The Martian Chronicles. Keep reading, my friends!

Support The English Chronicles on Patreon!

Get access to ad-free episodes, downloadable transcripts, and the bonus monthly podcast, From the Page to the Screen, discussing stories and the movies and television shows they’ve inspired. Sign up here.

Other Places to Find Me